”A short cut to a short life”

Slogan borrowed from A production by the National Children’s Theatre

What is a ”Blesser”?

Technically a blesser can be a male or female of any age.

It is a mixture of prostitution, sugar daddies and paedophilia. Experts blame the culture for a rise in HIV infections. At 7 million, the country already has the highest number of people in the world living with HIV.

’Rich men in South Africa who bribe schoolgirls for sex with phones and cheap shoes are a main driver of the highest HIV rates in the world.’’ The Guardian, 24 July 2016.

How does blessing work?

There are apparently ”levels” of being blessed. Here are possible examples:

Level one, for example, is when the girl receives airtime and data in exchange for sex.

For example, level two is when a girl receives fancy hairstyles (hair-extensions), clothes, handbags, and perhaps a visit to local clubs.

For example, level three would be an iPhone, jewellery, a flat to stay in or perhaps even a car.

Level Four is the highest and includes trips abroad – for example, a trip to Dubai for shopping.

Who are targeted by blessers?

Young women from poorer backgrounds in rural areas are more at risk of being targeted and exploited by blessers, particularly those who had lost parents due to HIV and AIDS.

In some rural villages, the girls are constantly preyed on. They look up to an older man who makes promises. The common thread of young women here is that they want to find a way out of poverty. Some of the Blessers come into the villages when school is coming out and pick on a pretty girl who is barefoot because they know she has no money. Unfortunately, none of them is offering school uniform or school fees. They offer cheap shoes or nice hair to a girl who would love something to make her feel special. The Blesser ends up leaving her both pregnant and HIV positive after a few nights out before raping another girl who resists his charms.

A girl who has a Blesser looking after her is called a Blessee. In a country where sex has become a transaction between the poor and the richer, the young and the older, every week, around 2,000 women aged 15 to 24 contracts HIV. They are now the largest at-risk group, with those aged 15 to 19 up to eight times more likely to be HIV positive than boys.

Shocking statements by girls on blessing

In a recent research study by Johannes N. Mampane¹, girls showed little regard for contracting or spreading HIV. He noted the following responses:

”Everywhere you go, its HIV, HIV, HIV . . . it’s now boring and
HIV can’t stop me from what I’m doing (transactional sex)
because it doesn’t kill anymore. I know people who have tested
HIV positive many years ago, and today they still look fine. ”

”They have been telling us about this useless ABC (Abstain, Be
faithful, Condomise) strategy . . . but can they give us money to
survive?”

From Mampane’s¹ research, we get the following reasons for becoming a blessee:


What are the dangers of having a Blesser?

What kind of person is a Blesser really? (male or female) 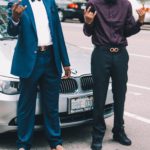 
Do you know who you are?

“The greatest tragedy in life is not death but life without a purpose—life with the wrong priorities. Life’s greatest challenge is in knowing what to do. Nothing in life is without purpose, but not every purpose is known. When the purpose is not known, abuse is inevitable”  ” Myles Munroe. Have a look at the next video by Dr Myles Munroe.


Decide to work to get out of poverty, to get your education, to realize your dreams, without you having to sell your body to someone – because you are worth more. You are a child of God.

If you are younger than 16 years, you can contact a sex trafficking hotline for help.

If you have been approached by older men, if you are considering such options – please chat to us before you engage with a Blesser.

If you have been hurt by one in any way and need help or advice – please chat to us on the Live Chat.

The service is text-based and you may remain anonymous.

A short cut to a short life. A production by the National Children’s Theatre.

Toxic parenting: Are your parents toxic?