Dagga (weed) is the South African name for marijuana or cannabis. It belongs to the depressant category of drugs, as it slows down communication between the body and the brain. 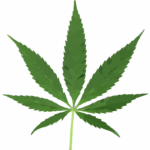 Dagga is a plant material derived from the cannabis plant and includes dried leaves, flowers, seeds, and stem. The plants are easily recognised by their bright green leaves and seven leaflets in a starlike shape on a branch. The flowers are dried and sold as marijuana is usually green, brown, or grey.

Hashish comes from the compressed resin of the flowers of the cannabis plant. Hashish is pressed into bars, sticks or balls and is usually tan, brown or black. Both dagga and hashish release a distinctive, sweet odour when smoked. Hashish blocks and hashish oil can be smoked, eaten and the oil vaporised. Hashish is more potent than dried marijuana leaves.

Is dagga good or bad?

Myth: Dagga is natural and harmless because it is a plant.

Truth: Many plants are poisonous despite being natural, for example, castor oil seeds. It is natural, but it kills.

Dagga and hashish contain more than 400 chemicals. The chemical that causes intoxication or the “high” in users is called THC (short for tetrahydrocannabinol). Intoxication means “to poison by taking a toxic substance into your body.” Any substance with mind-altering properties can create addiction or dependence, causing a person to want to take that drug even if it harms them. It s always bad for the health of your lungs to inhale the smoke – and all the harmful chemicals that weed contains.

Dagga is seen as a forerunner for harder drugs; therefore, it is known as the “Gate Way Drug”. The first illegal drug people use, marijuana is often associated with an increased risk of progressing to more powerful and dangerous drugs such as cocaine and heroin.

The cannabis plant contains another chemical called CBD, short for cannabidiol, the substance most often associated with creating medical benefits. CBD does not cause a high, but it can relieve pain. The medical benefits of cannabis are being studied. Researchers also try methods to breed marijuana plants with high CBD and low THC for medical use.

How do people use dagga?

Marijuana is being smoked as a cigarette (joint). Joints are sometimes laced with other, more powerful drugs, such as crack cocaine or PCP (phencyclidine, a powerful hallucinogen). Nyaope is a cocktail of dagga, heroin, Anti-retro-viral drugs, rat poison, and acid mixed and smoked in townships in South Africa.

What is the effect of dagga?

When a person inhales the smoke from a joint or a pipe, he usually feels its effect within minutes. The immediate sensations:

It peaks within the first 30 minutes, and effects usually wear off in two to three hours. However, the impact could last longer, depending on how much the user takes, the potency of THC and if other drugs were added into the mix.

Short-term memory problems – what you studied yesterday for today’s test is gone even before you write.

Munchies – users, are hungry and will eat anything and everything.

Severe anxiety, including the fear that one is being watched or followed (paranoia)

Bizarre behaviour, seeing, hearing or smelling things that aren’t there, not being able to tell imagination from reality (psychosis)

Loss of sense of personal identity

When someone suddenly stops using it, include irritability, restlessness, insomnia, anorexia (loss of appetite) and moderate nausea. Furthermore, it is known that the psychological dependence that develops over the long run is as strong as the physical dependence on the substance and that it brings about the same cravings.

For a long time, people believed that these side effects disappear as soon as dagga is not in a person’s system anymore or has been “worked out”. The reality is, however, that the substance has a very long “half-life”. It takes quite a while for the substance to affect and be eliminated from the body – up to 30 days.

Points to consider when making the change is:

MobieG has developed an online course that offers a step-by-step recovery journey.

The “MobieG Campus” allows you to move at your own pace while keeping track of your progress. It is an interactive learning platform with quizzes, surveys and rich content to make your learning & self-discovery process a positive experience.

Course fees are once-off, and access to the course does not expire – that means you can come back and work on the course as often as you’d like.

Talk to us; we can help!

You can chat to an online facilitator on the LIVE CHAT – it is a text-based chat, and you may remain anonymous.

You can do self -test quiz on addiction:Substance Abuse Quiz

How long do drugs stay in your system? – Drug and Alcohol