What exactly is heroin?

Heroin is an illegal, highly addictive drug processed from morphine, a naturally occurring substance extracted from the seed pod of certain varieties of poppy plants.

Milky, sap-like opium is first removed from the pod of the poppy flower. This opium is refined to make morphine, then further refined into different forms of heroin.

Are there different forms of heroin?

It is typically sold as a white or brownish powder that is “cut” with sugars, starch, powdered milk, or quinine. Pure heroin is a white powder with a bitter taste that predominantly originates in South America and, to a lesser extent, from Southeast Asia. But more often, it is found to be rose gray, brown or black in color.  “Black tar” heroin is sticky like roofing tar or hard like coal and is predominantly produced in Mexico and sold in U.S.

It’s nearly impossible to know the actual strength or purity of heroin because it’s often combined with toxic ingredients. The coloring comes from additives which have been used to dilute it, which can include sugar, caffeine or other substances. Street heroin is sometimes “cut” with strychnine or other poisons.

How  do people use heroin?

Heroin can be injected, smoked or sniffed.

Nyaope, also known as Whoonga, is a uniquely South African street drug can be made up from anything from rat poison, heroin, detergent powder, anti-retro-viral drugs, milk powder, pool cleaner to bicarbonate of soda.

What happens when you use heroin?

The first time it is used, the drug creates a sensation of being high. A person can feel extroverted, able to communicate easily with others and may experience a sensation of heightened sexual performance—but not for long. The initial effects of heroin include a surge of sensation—a “rush.” The intense high a user seeks lasts only a few minutes. This is often accompanied by a warm feeling of the skin and a dry mouth. Sometimes, the initial reaction can include vomiting or severe itching. After these initial effects fade, the user becomes drowsy for several hours. The basic body functions such as breathing and heartbeat slow down.

Within hours after the drug effects have decreased, the addict’s body begins to crave more. If he does not get another fix, he will begin to experience withdrawal. Withdrawal includes the extreme physical and mental symptoms which are experienced if the body is not supplied again with the next dose of heroin. Withdrawal symptoms include restlessness, aches and pains in the bones, diarrhea, vomiting and severe discomfort.

Heroin enters the brain very quickly. This effect makes it very addictive. And each time you use heroin, the more you need to get high. One of the greatest risks with this drug is how extremely easy it is to become dependent Like other opiates; heroin use blocks the brain’s ability to perceive pain. With continued use, he needs increasing amounts of the drug just to feel “normal.”

Heroin use is a lethal game of Russian roulette: infection, overdose and death are just some of the possible outcomes. Heroin often has additives that will not dissolve in the bloodstream. This can easily cause a blood clot to form and travel to the lungs, liver, heart or brain, which is instantly fatal.

What are the side effects of heroin?

The effects on the body from continued use of this drug are very destructive. Frequent injections can cause collapsed veins and can lead to infections of the blood vessels and heart valves.

Heroin passes through the placenta to the fetus during pregnancy, causing the baby to become dependent along with the mother. Heroin use during pregnancy can result in neonatal abstinence syndrome (NAS). Symptoms of NAS include excessive crying, fever, irritability, seizures, slow weight gain, tremors, diarrhea, vomiting, and possibly death. NAS requires hospitalization and treatment with medication (often morphine) to relieve symptoms; the medication is gradually tapered off until the baby adjusts to being opioid-free.

What happens if you go into heroin withdrawal? 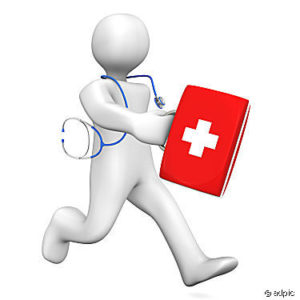 Withdrawal can be intense and can include vomiting, abdominal cramps, diarrhoea, confusion, aches and sweating. When people addicted to opioids first quit, they undergo withdrawal symptoms, which may be severe. Medications can be helpful in this detoxification stage to ease craving and other physical symptoms, which often prompt a person to relapse. While not a treatment for addiction itself, detoxification is a useful first step when it is followed by some form of evidence-based treatment.

What happens if you overdose on heroin? 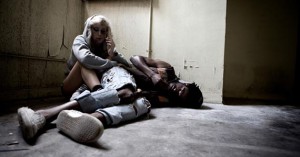 Overdose is a dangerous and deadly consequence of heroin use. A large dose of heroin depresses heart rate and breathing to such an extent that a user cannot survive without medical help.

Naloxone is an opioid receptor antagonist medication that can eliminate all signs of opioid intoxication to reverse an opioid overdose.

Because of the huge increase in overdose deaths from prescription opioid abuse, there has been greater demand for opioid overdose prevention services. Naloxone that can be used by non-medical personnel has been shown to be cost-effective and save lives, for example a Naloxone hand-held auto-injector called Evzio, which rapidly delivers a single dose of Naloxone into the muscle or under the skin, buying time until medical assistance can arrive. Since Evzio can be used by family members or caregivers, it greatly expands access to Naloxone.

A variety of effective treatments are available for heroin addiction, including both behavioral and pharmacological (medications). Both approaches help to restore a degree of normalcy to brain function and behavior, resulting in increased employment rates and lower risk of HIV and other diseases and criminal behavior. Although behavioral and pharmacologic treatments can be extremely useful when utilized alone, research shows that for some people, integrating both types of treatments is the most effective approach.

Because drug abuse and addiction have so many dimensions and disrupt so many aspects of an individual’s life, treatment is not simple. Effective treatment programs typically incorporate many components, each directed to a particular aspect of the illness and its consequences. Addiction treatment must help the individual stop using drugs, maintain a drug-free lifestyle, and achieve productive functioning in the family, at work, and in society. Because addiction is typically a chronic disease, people cannot simply stop using drugs for a few days and be cured. Most patients require long-term or repeated episodes of care to achieve the ultimate goal of sustained abstinence and recovery of their lives.

Twelve-step programs offer support by helping heroin abusers accept their problems by learning from, and helping other recovering addicts to realize that there is life after cocaine. These programs include:
• Heroin Anonymous
• Narcotics Anonymous
• Alcoholics Anonymous
Twelve-step programs emphasize taking responsibility for behavior, making amends to others and self-forgiveness. The first step of Heroin Anonymous states that, “We are powerless over heroin and our lives have become unmanageable.” Successful recovery programs strongly urge daily attendance at 12-step meetings for the first 90 days of sobriety.
Individuals who successfully abstain from heroin attend a lot of 12-step meetings for support and accountability. They often report that a part of them still looks for a good reason to use heroin. Twelve-step meetings are daily reminders of their powerlessness over drugs.

If you have more questions on heroin addiction, you may chat to an online facilitator on the LIVE CHAT. It is a text-based chat  and you may remain anonymous.

Visit the following links if you need more information