Gonorrhea is caused by a bacteria and it is one of the most common STD’s. Worldwide cases are estimated at 80 million annually.  It can lead to infertility in men and women. It is both treatable and preventable, though scientists have discovered new strains of gonorrhea  (SUPER GONORRHEA) that is resistant to most currently utilized antibiotics.

The new mutations of the bacterium are a multidrug- and cephalosporin resistant gonorrhea, that are very hard to treat. This organism has managed so far to become resistant to every class of antibiotic used against it.  The bacteria are then free to keep multiplying. 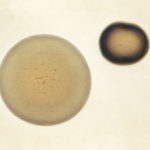 Antibiotic resistance (AR) is the ability of bacteria to resist the effects of the drugs used to treat them. This means the germs are not killed and they will continue to reproduce. Neisseria (N.) gonorrhea, the bacteria that cause the STD gonorrhea, has developed resistance to nearly all of the antibiotics used for gonorrhea treatment: Sulphanilamide’s, Penicillin, Tetracycline, and fluoroquinolones, such as Ciprofloxacin. We are currently down to one last effective class of antibiotics, Cephalosporins, to treat this common infection.

Men with gonorrhea may have no symptoms at all. However, common symptoms in men include a burning sensation when urinating, or a white, yellow, or green discharge from the penis that usually appears 1 to 14 days after infection. Sometimes men with gonorrhea get painful or swollen testicles.

Most women with gonorrhea do not have any symptoms. Even when a woman has symptoms, they are often mild and can be mistaken for a bladder or vaginal infection. The initial symptoms in women can include a painful or burning sensation when urinating, increased vaginal discharge, or vaginal bleeding between periods. Women with gonorrhea are at risk of developing serious complications from the infection, even if symptoms are not present or are mild.

What are the complications of gonorrhea?

Untreated gonorrhea can cause serious and permanent health problems in both women and men.

In men, gonorrhea can cause a painful condition called epididymitis in the tubes attached to the testicles. In rare cases, this may prevent a man from being able to father children. If not treated, gonorrhea can also spread to the blood or joints. This condition can be life-threatening.

Gonorrhea is treated with antibiotics, usually given in a single dose. If you’re being treated, your partner should be tested too. You should also wait until you and your partner(s) finish your treatment and until your symptoms disappear (if you have them) before you start having sex again. This is to make sure you don’t spread the infection.

Zitramax is a single dose antibiotic that can be prescribed as treatment for gonorrhea. Please read the formation supplied by Dangerous Drugs as well to learn more about possible side-effects and dangers of this drug.

If you suspect you might have contracted a STD, test yourself with a self-test quiz, the STD Quiz.

You may also chat to a facilitator on LIVE CHAT. It is an anonymous, free, text-based helpline.