Suicide is a permanent solution to a temporary problem.

About 1 in 10 deaths in SA are suicide. It is scary, but if we know what to look for and what to do, we can prevent suicide. Suicide shouldn’t be secret.

People who are thinking about suicide, feel alone and isolated. They feel no understands how they feel. They feel they are a burden on their family or suicide is a way to get control back over their lives.

1. People who die by suicide usually talk about it first. They are in pain and oftentimes reach out for help because they do not know what to do and have lost hope.
2. Always take talk about suicide seriously.
3. People who talk about wanting to die by suicide oftentimes kill themselves.
4. Suicide can be prevented. Most people who are suicidal do not want to die; they just want to stop their pain.
5. Suicide can strike anyone.
6. People who attempt suicide and survive will oftentimes make additional attempts.
7. Telling them that they “just want something” or “are trying to manipulate” is both insensitive and ignorant.
8. People often talk about suicide before dying by suicide.
9. Suicide is the third leading cause of death for young people aged 15-24. Sometimes children younger than 10 years old die by suicide.
11. Oftentimes people who die by suicide are under the influence of alcohol or drugs.
12. Untreated mental illness (including depression, bipolar disorder, schizophrenia, and others) is the cause for the vast majority of suicides.
13. Some people die by suicide because of a depression that was caused by genetics.

What are the warning signs of suicide?

What causes a person to commit suicide?

It is very rare that someone dies by suicide because of one cause. Thus, there are usually several causes, and not just one, for suicide.
Some of the negative life experiences that may cause depression, and some other causes for depression, include:

HOW DO YOU KNOW YOUR LEVEL OF SUICIDE RISK?

As a general rule, the level of danger suicidal people present to their own lives increases dramatically as they progress along the steps towards suicide. This is to say, people’s risk goes up as they move from

The earlier in this progression they can be identified and helped, the better.

If you are having thoughts about suicide, please chat to the MOBIEG helpline: LIVE CHAT. Our chatline is safe, free and you may remain anonymous.

Maybe a friend is showing signs of suicidal behaviour and you are missing the signs. You might be the person who is supposed to save that someones life. Learn the signs by doing a self-test Quiz.

How to help a person who is suicidal 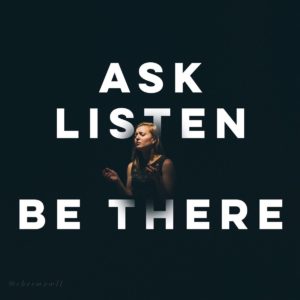 If you have a friend who is showing signs of suicidal behaviour, don’t wait and hope it will get better or go away. Talk to the person about it. Talking helps in many ways. It allows you to get help for the person. Talking about it may help the person feel less alone and isolated. The person wants to know someone cares and understands. Talking may help them find a solution to the problem. It can be difficult to confront someone about this. Try:

” I’ve noticed that you’ve been talking a lot about wanting to be dead. Have you been having thoughts about to hurting or killing yourself?”

Listen to the person without judging and offer reassurance that you are there and you care. Stay close and don’t leave the person alone.

Even if you’re sworn to secrecy and you feel like you’ll be betraying your friend if you tell, you should still seek help as soon as possible. It is always safest to get help. Suicide should not be a secret ever.

The following form can assist healthcare workers to determine the level of suicide risk:

Suicidal feelings and thoughts are part of depression. They are real and they won’t just go away. Depression is a real medical illness. You are not crazy if you are having these feelings and thoughts. No one will be ”disappointed” if you say how you feel when you suffer from depression and suicidal thoughts. Just like things can go wrong in your body, things can go wrong in your brain. You need medical help just like with any other illness.

Here are things you can do if you feel this way:

You can book counselling sessions with the following therapists: