In 2007 controls concerning unsecured lending were eased to include previously disadvantaged people in South Africa to also be able to get loans approved. Instead of helping those in need, it led to a consumption driven debt (people spending more than they earn), by those least able to pay back loans. Lack of financial literacy is seen as one of the reasons so many South Africans struggle to budget and turn to credit to make ends meet each month.

In an international study of 30 countries by the Organisation for Economic Co-operation and Development (OECD), South Africa performed the worst in terms of financial competency, with the average level of literacy sitting at just 30%.

How do people react to debt? 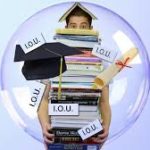 Stress, rage, anxiety and suicidal tendencies are seen in people who are struggling with crippling debt. Often parents are considering a family suicide, not wanting to leave their children behind.

If you have any of these symptoms, please ask for help. There is help available from counsellors, debt counselling, and the National Credit Regulator.

New legislation aimed at helping those in debt

President Cyril Ramaphosa in August 2019 signed the National Credit Amendment Act into law, setting the groundwork for over-indebted consumers to have payments suspended, in part or full, for as long as 24 months, or even scrapped if their financial situation has been found to have worsened.

You will have to apply – and there’s a deadline

Debts will not be written off automatically. You will have 4 years from the time when the bill takes effect to apply to the National Credit Regulator to have your debts written off. They will look at your income and amount you owe. The law applies to customers who earn a gross monthly income of no more than R 7 500, have unsecured debt amounting to R 50 000. They decide whether your situation is desperate enough.

How the process will work
The exact details still need to be finalized, but this was how government outlined the proposed process last year:

After applying with the NCR, its “debt intervention officers” will consider your case, and inform your creditors and credit bureaus that you have applied.

The NCR will go through your finances to determine if you are over-indebted, and whether some of your creditors were “reckless” in extending debt to you. (This means that they shouldn’t have granted you a loan that you couldn’t afford at the time.) The NCR will take action against offending creditors. But even if you weren’t the victim of reckless lending, you will still be considered for debt relief.

The NCR will also provide you with some financial education.

Then, the NCR will determine whether you are able to pay off your debts within five years. If they find that you are in a position to settle your debts, your application will be rejected.

If it’s determined that you won’t be able to settle it without intervention, all or some of your debt repayments may be suspended for up to a year.

Eight months later, the NCR will take another look at your finances. If you are then able to repay your debts within five years, the tribunal will consider rearranging your debts (lowering interest or extending loan periods). If you’re still not in a position to pay off your debts, you may get another twelve repayment-free months. If after another eight months, the NCR find that you still can’t pay off your debts, your debts may be written off – all of it, or a part of it.

How long before a debt is written off in South Africa?

Prescribed debt refers to the debt that has not been recognized by the creditor or been paid towards for more than 36 months. This is considered old debt by creditors and may then be written off.

Please note: You cannot go to jail for not paying your debts when there is a judgment against you. You can, however, be liquidated, sequestrated, an emoluments attachment order placed on your salary or your assets attached

What happens after your debts are written off?

If your debt were written off, you won’t be able to apply for credit for up to a year. Your credit record will also reflect that you had debt written off, which might prevent you from getting credit in the future.

You may chat to a an online counselor free of charge for more guidance. Just click on LIVE CHAT 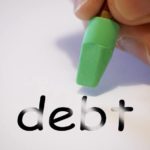 DEBT: Ways to save on monthly expenses 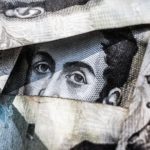