Do you feel you always choose the ”wrong guy”?

“It hurts the most when the person that made you feel so special yesterday makes you feel so unwanted today.” Healthyplace.com

What makes women pick the ”wrong guy” time and again? ”’He started courting me with a rush of intensity. When I finally started to open up to him, he reacted with aloofness and indifference”.  ”He suddenly doesn’t come home anymore”.”He made someone else pregnant”. ”He doesn’t talk to me anymore”. ”He blames me for everything”.

Women are swept off their feet by ”prince charming”.

They have a romantic idealization of the relationship, which is rooted in the subconscious mind – which blinds them to any red flags other people see.

They don’t know any better. They don’t possess the skills and people knowledge that could help them make better choices.

They set their sights low – because they don’t expect much for themselves. It can be linked to a low-self-esteem. She just accepts the first guy that is interested – fearing he might be the last one that will show interest.

They come from an unstable upbringing. Examples are absent father figures, being abused or neglected as children, growing up in a home where abuse happened frequently. This is what they know and accepted – it is familiar and comforting to them and although it causes angst – they believe ”Better the devil you know than the devil you don’t”.

Fear of being alone or on their own. They would rather commit to a new relationship very fast, before they got to new the guy well – than being on their own.

Extreme physical attraction. Sexual tension you can feel. While attraction is important, it might numb your brain that is trying to tell you about other worrisome qualities the guy has.

What makes women stay in a bad relationships?

Many women make the choice to stay. Why? 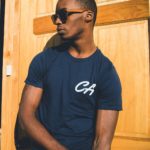 The no 1 answer is: ”I love him so much”. They are totally intoxicated by the guys charm. The memory of how nice it was when it started out are still fresh in their minds and they cling to the hope that it can go back to that time. The truth is: what you accept, will continue. This includes all the bad behaviour as well.

Some women are too scared to leave – they are being manipulated and controlled by the guy. They fear being physically hurt or financially punished. Some guys even threaten to commit suicide should the woman leave.

Some women believe they don’t deserve better. The guy they choose is a reflection of how they actually feel about themselves. ”You probably think that you aren’t good enough and guys like that are the only ones who can be interested in you.” Maria Parker, psychologist.

Some women feel they have invested much into the relationship and find it hard to just break-up and leave. Often there are children involved and they decide to keep it going for the children’s sake.

She believes she can change him. This is a human folly – we can never change a person. We can only change ourselves.

He helps to pay the bills. This is one of the biggest reasons why women have to stay – they cannot provide for themselves and their children financially.

Some women are too scared to be alone. They would rather face a future of abuse and unhappiness than facing life alone.

How does a bad relationship affect a woman?

It shocks, it traumatizes and it erodes self-worth. The woman might try to rationalize reasons for staying. The longer she stays – the harder it becomes to leave. It can affect the woman’s mental and physical health (high blood pressure, diabetes and obesity) .

“A good relationship test is how a person responds to the word ‘No.’ Love respects ‘No.’ Control does not.”  Dr. Henry Cloud

What are the stages of leaving a bad relationship?

How to stop choosing the wrong guy?

Take a look at each individual relationship you had (list the guys’ names) and answer the following questions:

What are the qualities you should look for in a long time partner?

A long term partner is someone who are responsible and who are good in all aspects of their lives.

It means they are real, honest (trustworthy), accountable, caring and supportive. They bring value as a human-being into a relationship by enhancing the partners’ life. In times of crisis they step up. The are the go-to-person when something is broken or stuck. They are always the same – they don’t shock or hurt you through their actions. Note that it takes time to get to know a person’s qualities this well.

Each of us have our own ideas of what qualities our ideal partner should possess. It is a good idea to have a little black book where you list yours. Also make a list of dealbreakers – things you are not prepared to accept. It can be cheating, lying, anger explosions, any form of abuse, sarcasm, etc.

Choosing to be single isn’t selfish, it’s just smarter to be alone than with the WRONG person.

You can chat to a counsellor on our helpline for more guidance.