Anger doesn’t solve anything. It builds nothing, but it can destroy everything. 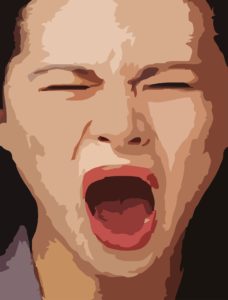 Anger is one of the biggest causes of violence in South Africa.

Anger is a negative emotion but also a completely normal human emotion. When a person thinks that someone or something has done something wrong, bad or which puts them in danger, and they want to protect themselves or punish the person for what they have done. Anger ranges from fleeting annoyance to full-fledged rage. A recent study of violent crime described the normalization of violence in South Africa society, contributing to a culture of violence.

Fast facts about anger in SA:

The root cause of anger:

The root cause of a spirit of anger is tension from the past, for example, hurt and guilt. Most people assume that you will forget hurt and guilt. It is not so – hurt and guilt need to be resolved by repentance and forgiveness. Otherwise, it will become a festering sore in the mind and soul of a person.

Pain from the past can be caused by:

1. Pain of rejection: A child forms strong attachments to parents, friends, and relatives and finds security in these relationships. When those who are trusted (e.g. child’s mom) communicate rejection, the child’s secure world collapses, and he faces a host of fears.

2. Reaction to things you cannot change: for example, features you are born with. When someone mocks or ridicules an already insecure child, it is a devastating blow to his self-esteem.

3. Favouritism: When parents favour one child over another, they are not only damaging the self-worth of the child who is less appreciated, but they are also encouraging him or her to react toward the one who is favoured. Favouritism to one will be seen as a rejection by the other.

4. Being falsely accused: damages the person being accused so that he will seek retribution.

5. Tendency towards sin: our actions and attributes can lead to guilt and anger. Examples of this are too proud, personal faults, generalizations (racial hatred), expectations (failed promises someone made), envy and being offended on behalf of someone else.

Please also see Internet Addiction Disorder. One of the side effects of this addiction is unexplained anger.

Anger has 3 effects on your body:

Anger is harmful when:

• You get angrier than the situation calls for

• You can’t cool off quickly, making it hard to move on

• You feel angry all the time or many times a day

• You turn to physical or verbal aggression

• You lose jobs, friends, or intimate relationships because of your anger

• You turn to drugs or alcohol to cope with feeling anger

Both external and internal events can cause anger. You could be angry at a specific person (Such as a co-worker or supervisor) or event (a traffic jam, a cancelled flight), or your anger could be caused by worrying or brooding about your personal problems. Memories of traumatic or enraging events can also trigger angry feelings.

Anger allows us to fight and defend ourselves when we are attacked. A certain amount of anger, therefore, is necessary for our survival. On the other hand, we can’t physically lash out at every person or object that irritates or annoys us. Expressing your angry feelings in an assertive—not aggressive—manner is the healthiest way to express anger. To do this, you have to learn how to make clear what your needs are and how to get them met without hurting others.

Anger can also be suppressed – turned inward on yourself. The danger in this type of response is that if it isn’t allowed outward expression, your anger can turn inward—on yourself. Anger turned inward may cause hypertension, high blood pressure, or depression.

Unexpressed anger can create other problems. People who are constantly putting others down, criticizing everything, and making cynical comments haven’t learned how to express their anger constructively. Not surprisingly, they aren’t likely to have many successful relationships.

Finally, you can calm down inside. This means not just controlling your outward behaviour but also controlling your internal responses, taking steps to lower your heart rate, calm yourself down, and let the feelings subside. 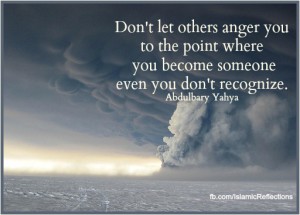 It’s bad to feel angry. While anger usually makes us feel bad, it’s an emotion and is not in itself bad. It also serves as a warning to let us know when a situation is not right.

Venting anger, either physically or verbally, will let you get it all out and help you be less angry. Researchers have found that venting is the worst strategy for managing anger. It tends to escalate a situation. Even hitting a pillow has been shown to do more harm than good in processing anger and moving forward.

Ignoring anger makes it go away. Anger is generally a response to an unexpected or uncontrollable situation. Ignoring the situation will not make it go away and may mean that people won’t stand up for themselves when they should. It also can lead to passive-aggressive behaviour, lashing out, or stress and health problems.

Anger is not controllable. Feelings of anger are indeed natural and beyond our control. However, how we respond is entirely up to us. We learn how to respond to the anger we feel. If we habitually respond quickly and heatedly, it’s a matter of relearning how to stop and think to make more rational choices.

People respect you when you are angry; it shows you mean business. Being louder or angrier in a discussion may put people on edge, but it does nothing to help people see your point of view or earn their admiration. In fact, people will likely become defensive and shut down instead of listening to what you say.

Anger is only a problem when it’s openly expressed. Expressing anger does not have to be a problem.  You can express anger assertively in a very healthy and respectful way. It’s when a reaction is aggressive and beyond what a situation warrants that problems arise.

If you find yourself acting in ways that seem out of control and frightening, you might need help finding better ways to deal with this emotion. You may chat with one of our online counsellors for guidance on how to control anger. Just click below on Live Chat.

It is a text-based chat, and you may remain anonymous.

Anger is a negative emotion but also a completely normal human emotion. When a person thinks that someone or something has done something wrong, bad or which puts them in danger, and they want to protect themselves or punish the person for what they have done. Anger ranges from fleeting annoyance to full-fledged rage.

You can do a self-test quiz on anger:


Quick ways to cool down

Focus on the physical sensations of anger

Go for a walk

Ground yourself by using your senses – sight, smell, touch, sound and taste