It is not always easy to connect childhood abuse and your current mental and physical health status. One of the ways your mind protects you against trauma is to let you dissociate from the trauma, your environment and yourself as a survival mechanism. It is possible to stay disconnected during childhood, adolescence into adulthood.  Often people only face what happened to them when there is no alternative anymore.  Dr Grant Hilary Brenner states in Psychology today that people who survived trauma often describe it as follows:

The connection between Obesity & Trauma

Vincent Felitti, head of Kaiser Permanente’s Department of Preventive Medicine in San Diego, conducted interviews with the patients who dropped out of a weight loss program, even after losing the access weight successfully. The question he asked was WHY the participants gain backed all the weight, not HOW. He got three categories of answers from them:

The interview findings suggested to Felitti that weight gain might be a coping mechanism for depression, anxiety, and fear. He compared what he found to a house on fire. All we see is the smoke; you have to go inside the house to see the fire and catch fire. He said he realised ‘’Obesity isn’t the problem, it is the smoke.’’

Deep inside the person there is wounding that needs to be addressed.

A study about childhood trauma

A study was then conducted in San Diego, California, between 1995 and 1997 by Vincent Felitti on 17,337 participants on adverse childhood experiences. They had to complete a 10 question screening questionnaire.  He found that most of the participants experienced childhood trauma, for example, childhood sexual abuse.

The study showed the following:

For every category of traumatic incident you had as a child, you were radically more likely to become depressed as an adult. For example:

Question: Why do people who have been hurt as children so often ‘’turn on themselves’’ when they are older?

Johann Hari describes it as follows in his book – Lost Connections: ‘’ Children almost always think it is their fault when they experience something traumatic.  For example, they are to blame for their parent’s divorce, or for being sexually molested by a grandfather.’’  He explains that children feel powerless against that what is happening to them. They cannot change their environment and they cannot leave. They are stuck in that situation. They have basically two options to deal with it:

Johann Hari says this comes at a cost – if you think you were responsible for what happened to you, at some point, you are going to think you deserved it.  It can follow you into adulthood – always thinking you are not worth much.

How can you connect past trauma with current health and mental issues? In his book Lost Connections, Johann Hari writes how difficult it was for him to talk about his past, the trauma he experienced as a child, with his therapist. He found it hard to face what happened and at first found himself defending the adults who were the causes of his traumatic events.

He wrote: ‘’I attacked the memory of my childhood self. It was only slowly – over time – that I came to see what he (the therapist) was saying. And I felt a real release of shame.’’

To help you remember if you had experienced childhood trauma, go through the next checklist and mark if the question is true or false for you. 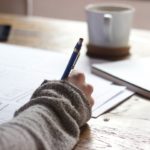 Please make use of the guidance on the following website to write about what happened to you.

You can chat with an online counsellor on our helpline: LIVE CHAT.

It is a text based chat, and you may remain anonymous.

In the Realm of Hungry Ghosts: Close Encounters with Addiction. Gabor Mate. 2018

Why do my relationships fail?

The poison of self-pity