Obsessive-compulsive Disorder is characterised by excessive thoughts (obsessions) that lead to repetitive behaviours (compulsions). Obsessions and compulsions are the two major symptoms of OCD. 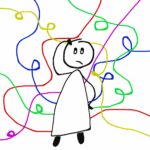 Obsessions¹ can be described as thoughts, images, ideas or urges (for example to self-harm) that are persistent.

The thoughts intrude uncontrollably on consciousness, and because of that causes significant anxiety or distress.

The individual tries to ignore or suppress the intrusive thoughts. 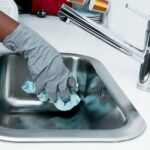 Compulsions¹ are repetitive behaviours or mental acts that a person feels they must perform.

The individual aims to reduce anxiety or prevent a dreaded event by performing the compulsion. The act is usually excessive.

The obsessions and compulsions are time-consuming and impact the individual’s functioning considerably. It often leads to the person being depressed.

OCD usually begins at a young age for males: 5-16 years. For females, the onset is usually between 20-29 years. OCD tend to be chronic if left untreated. Some people manage to recover with therapy.  Medication and talk therapy can help the individual to regain functionality.

Other conditions that are related to OCD are:

A disorder that shares features and has a moderately high co-morbidity with OCD is Obsessive-compulsive Personality Disorder.  Where individuals with OCD are obsessed with specific thoughts and behaviours, OCPD involves a more general way of interacting with the world. OCPD is characterised by perfectionism, austerity, a lack of spontaneity and grimness. Individuals with OCD are often workaholics with little or no friends, because of their drive to be efficient and follow rules. They base their self-value on their performance and set unreasonably high goals for themselves. For OCPD individuals, flaws mistakes or defects are intolerable.

Both OCD and OCPD seems to be caused by genetic and heredity factors.

Treatment of OCPD involves supportive therapies that can assist a person in overcoming issues that brought them in for therapy.