Sexual orientation is to develop physical, romantic, emotional and sexual relationships with people.¹

A person is said to be gay or lesbian if they are sexually or romantically attracted to members of the same gender or sex. ¹

The term bi-sexual means a person is attracted to men and women.

The core attractions that form the basis for adult sexual orientation emerge between middle childhood and early adolescence. These patterns of emotional, romantic, and sexual interest may arise without any prior sexual experience. People can be celibate and still know their sexual orientation – be lesbian, gay, bisexual or heterosexual.

Some people know that they are lesbian, gay or bisexual for a long time before pursuing relationships with other people. Some people engage in sexual activity (with same-sex or other sex partners) before assigning a clear label to their sexual orientation. Prejudice and discrimination make it difficult for many people to come to terms with their sexual orientation identities, so claiming a lesbian, gay or bisexual identity may be a slow process.

Why is homosexuality still taboo in many African countries?

There are many reasons, but colonial laws, religious morality, and the idea that homosexuality is imported by the West are among the most influential.²

Any therapy or effort to change sexual orientation from ‘gay’ to ‘straight’ is neither safe nor effective.

‘Coming out” means sharing your sexual orientation with one or more people.

Homophobia is the irrational fear, disgust, or hatred of gays, lesbians, or bisexuals or of the gay feelings in oneself.

Hetero-sexism is a form of oppression (like other forms of oppression – racism, sexism, antisemitism, classism, ableism, etc.) that target gays, lesbians, and bisexuals.

Is homosexuality a mental disorder?

Burton states that in 1973, the American Psychiatric Association (APA) asked all members attending its convention to vote on whether they believed ”homosexuality” to be a mental disorder. 5,854 psychiatrists voted to remove Homosexuality from the DSM, and 3,810 to retain it.

Meanwhile, the World Health Organization (WHO) only removed Homosexuality from its ICD classification with the publication of ICD-10 in 1992, although ICD-10 still carries the construct of “ego-dystonic sexual orientation”. In this condition, the person is not in doubt about his or her sexual preference but “wishes it were different because of associated psychological and behavioural disorders”.

The evolution of the status of Homosexuality in the classifications of mental disorders highlights that concepts of mental illness can be rapidly evolving social constructs that change as society changes.

Today, the standard of psychotherapy in the U.S. and Europe is gay affirmative psychotherapy, which encourages gay people to accept their sexual orientation.

Lesbian, gay and bisexual people, encounter extensive prejudice, discrimination and violence because of their sexual orientation. They are not a legal entity in many countries. They are not allowed to get married or adopt children. They are excluded from specific employment sectors and housing allowances.

Corrective rape is a hate crime in which people are raped because of their perceived sexual orientation or gender identity – an attempt to ‘cure’ them of being gay. The occurrence of corrective rape is about equal among gay men and woman. A young man was, for example, raped by his mother in an attempt to ‘cure’ him from being gay. In almost all cases, the culprits are family members themselves, and this is why the victims mostly refrain from any legal recourse. It is very traumatising for them to speak about their brothers or cousins turning rapists.

*Marchant, van der Schyff, wrote in his report” An issue of social and political salience: a content analysis of how South African newspapers report on ‘corrective rape’ that ‘Corrective rape’, also known as ‘curative rape’, is distinctive amongst other categories of rape, as it refers principally to sexual assault on Lesbians that intends to humiliate and punish the victim. The rapist believes that they can “cure” a lesbian by raping them (Bryson, 2011). In South Africa, men who rape Lesbians seem to do so because of a desire to preserve community values – wherein Lesbianism is unnatural (Rape, 2012). For these men, Lesbians, or rather Lesbianism, threatens the notion that a woman belongs to a man because Lesbians do not exhibit or espouse subservience to males or their acts of domination. It is a perpetual feature of the patriarchy in South Africa and gives rise to anger feelings (often expressed through verbal abuse and physical acts of violence). Due to their economic, social and cultural discrimination, lesbian is one of the highest at-risk groups for violence (Kinama, 2011).

*Marchant also states that according to Triangle, a non-profit organisation based in Cape Town, support groups dealt with ten new ‘corrective rape’ cases every week. The number is increasing (Martin, Kelly, Turquet & Ross, 2009). Non-Profit Organisation, Luleki Sizwe, confirm this figure, adding that between 2010 – 2013, nine cases of gender-based murders were recorded (Beaty, 2013). It is difficult to determine exact figures of ‘corrective rape’ because the South African police do not specifically record these cases, nor does the issue receive active media coverage. Consequentially, victims of ‘corrective rape’ seldom seek assistance for fear of further violence towards themselves and their families

*Source: Marchant van der Schyff. An issue of social and political salience: a content analysis of how South African newspapers report ‘corrective rape’. 2018. (MSocSci: Media and Culture [UKZN]) He is a lecturer in Humanities, IIE at Varsity College Westville. 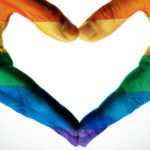 The 11th of October is National ”coming out” day.

What is ”coming out”?

The phrase “coming out” is used to refer to several aspects of lesbian, gay, and bisexual persons’ experiences: self-awareness of same-sex attractions; the telling of one or a few people about these attractions; widespread disclosure of same-sex attractions; and identification with the lesbian, gay and bisexual community. Many people hesitate to come out because of the risks of meeting prejudice and discrimination. Some choose to keep their identity a secret; some decide to come out in limited circumstances; some decide to come out in very public ways.

Coming out is often an important psychological step for lesbian, gay and bisexual people. Research has shown that feeling optimistic about one’s sexual orientation and integrating it into one’s life fosters greater well-being and mental health. This integration often involves disclosing one’s identity to others; it may also entail participating in the gay community. Discussing one’s sexual orientation with others also increases the availability of social support, which is crucial to mental health and psychological well-being. Like heterosexuals, lesbians, gay men and bisexual people benefit from sharing their lives with and receiving support from family, friends, and acquaintances. Thus, it is not surprising that lesbians and gay men who feel they must conceal their sexual orientation report more frequent mental health concerns than lesbians and gay men who are more open; they may even have more physical health problems.

The risks and benefits of coming out are different for youths in other circumstances. Some young people live in families where support for their sexual orientation is clear and stable; these youths may encounter less risk in coming out, even at a young age. Young people who live in less supportive families may face more risks in coming out. All young people who come out may experience bias, discrimination, or even violence in their schools, social groups, workplaces and faith communities. Supportive families, friends and schools are necessary buffers against the negative impacts of these experiences.


79 countries where homosexuality is illegal 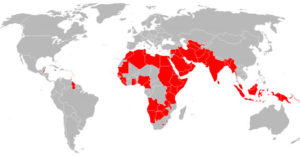 Governments can impose the death penalty for same-sex intimacy in eight of them.

Can lesbians and gay men be good parents? ²

1. Do children of lesbian and gay parents have more problems with sexual identity than do children of heterosexual parents?

2. Do children raised by lesbian or gay parents have problems in personal development in areas other than sexual identity?

3. Are children of lesbian and gay parents likely to have problems with social relationships?

For example, will they be teased or otherwise mistreated by their peers? Once more, evidence indicates that children of lesbian and gay parents have normal social relationships with their peers and adults. The picture that emerges from this research shows that children of gay and lesbian parents enjoy a social life that is typical of their age group in terms of involvement with peers, parents, family members and friends.

4. Are these children more likely to be sexually abused by a parent or by a parent’s friends or acquaintances?

There is no scientific support for fears about children of lesbian or gay parents being sexually abused by their parents or their parents’ gay, lesbian or bisexual friends or acquaintances.

Questions we can help with:

• Is being gay a disease?
• Can a person be convinced or forced to change from gay to straight or the other way round?
• How do I know I am really gay?
• How do I tell my parents?
• Is being ‘gay’ a sin?
• How do I cope with the prejudice of others because I’m gay?
• What is homophobia?
• What does ‘coming out’ mean?
• At what age is sexual orientation set? If you need more information or assistance, you can chat with a facilitator on  Live Chat.

You can do a quiz to learn more about being gay: Quiz

¹ Language in regards to Sexuality /Gender

² Answers to Your Questions. https://www.apa.org/topics/lgbtq/orientation.pdf