It isn’t BIG to make others feel small.

Bullying is all too common. Bullying occurs in childhood and adulthood. Bullying causes anxiety and depression, which could lead to self-mutilation, substance abuse and even suicidal thoughts.

Bullying is never acceptable and can be highly dangerous. Children who are being bullied should tell their parents or a teacher. Parents should talk to teachers and administrators. Friends, neighbours, relatives, and the community must get behind the effort in South Africa to stop bullying incidents.

By understanding and recognising this hurtful behaviour, we can more easily take steps to stop it.

Anonymous Quote on the internet:

”Someone who hates you normally hates you for one of three reasons. They either see you as a threat. They hate themselves. Or they want to be you.”

Who are bullies and who gets bullied?

Bullies may exhibit the following behaviours:
• May control or manipulate others to get his own way
• May be aggressive, nasty, spiteful, and combative
• May be impulsive and quick to anger
• Might enjoy pushing, name-calling, or teasing other children
• May be defiant and pushy toward adults, including parents and teachers
• May be unfeeling toward others who are victimized
• If a boy, he is often bigger or more robust than others his age

Victims of bullies may exhibit the following behaviours:
• Maybe cautious, quiet, or shy
• Maybe worried or unhappy, with little self-confidence
• May be depressed or have thoughts of suicide
• Does not have a good friend
• May relate better to adults than other kids
• If a boy, maybe weaker or smaller than others his age
Also, a small group of young people bully others and are the targets of bullying.

Family Bullying in the home can be physical violence, verbal abuse, or both. It is usually a parent who is imperious and dominating regularly. He or she humiliates and intimidates others, especially if the target is smaller or weaker. Parents who bully can, and do cause emotional and psychological harm to children.

Workplace bullying targets are those individuals that don’t fit in. By possessing some specific characteristic or showing a specific behaviour, they unwittingly end up as the bully’s target.

Don’t take videos of bullying incidents or send them on.

Why not? Your first response should be to stop what is going on, not making a film of it. Gathering evidence must always come second to protecting the victim. The circulation of bullying videos causes added trauma to the victim. You can imagine the amount of trauma added if a video goes viral. 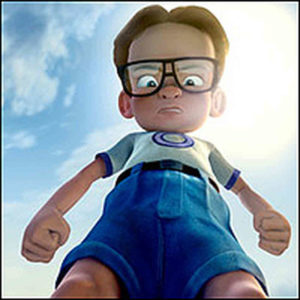 If you think your child might be experiencing bullying, these are the signs to watch for (adapted from a Department of State Health Services guide).

Your child exhibits the following signs:
• Comes home with dirty, torn, or wet clothes or “loses” things without being able to explain what happened
• Has unexplained bruises, cuts and scratches, or other injuries
• Loses interest in school and gets poor grades
• Does not bring friends home or visit with friends after school
• Seems afraid or refuses to go to school
• Takes an “illogical” route to school
• Seems unhappy, downhearted, depressed or moody, or has sudden outbursts of anger
• Eats poorly or complains of headaches or stomach aches
• Sleeps poorly, cries out in his sleep or has nightmares
• Asks for extra money (because a bully is demanding it)

The Act that protects you against harassment or bullying online or in the real world and allows for protection orders to be issued is the Protection from Harassment Act from 2013.

This means if someone is causing harm in the ways mentioned above, you can get a protection order against that person, and it goes for online bullying or bullying in real life.

If your child is the witness

If you see something, say something…
Bullying happens in front of others. Often kids who witness bullying may laugh or join in, even when they don’t want to. They want to fit in and naturally are afraid of becoming the next victim. But in reality, witnesses are compelling.

Most bullies love an audience. And when a witness stands up to a bully or makes it clear that they don’t like what is happening, bullying often stops in a few seconds. Being a hero can make all the difference.


Tips on how to handle bullying

• Don’t give the bully an audience. Walk away; this shows the bully that his mean behaviour is not funny or okay.
• Speak up. Tell the bully that what she is doing is wrong by saying, “That’s not funny,” or “Let’s get out of here,” or something similar. Kids can stand up for each other, and when one stands up, others may have more confidence to do the same.
• Be a friend. Sometimes kids get picked on because they don’t have any friends or people to stand up for them. When kids befriend someone who is being bullied, the bully is less likely to keep bothering them. Friendship can also give kids more confidence to stand up for themselves
• Ask others for help. When more kids stand up to bullies, the bully realizes that his actions are not okay.
• Get an adult. Sometimes kids who are getting bullied think that if they ask an adult to help, the bullying will get worse. When other kids speak up, everyone is safer.

You can do a self-test quiz on being a bully or being the victim of a bully to learn more about bullying.

How do you cope with bullying

If you have more questions, you can chat to an online facilitator on LIVE CHAT. The service is TEXT-BASED and you may remain anonymous.

Am I being sexually abused?

GBV: Have you been abused?